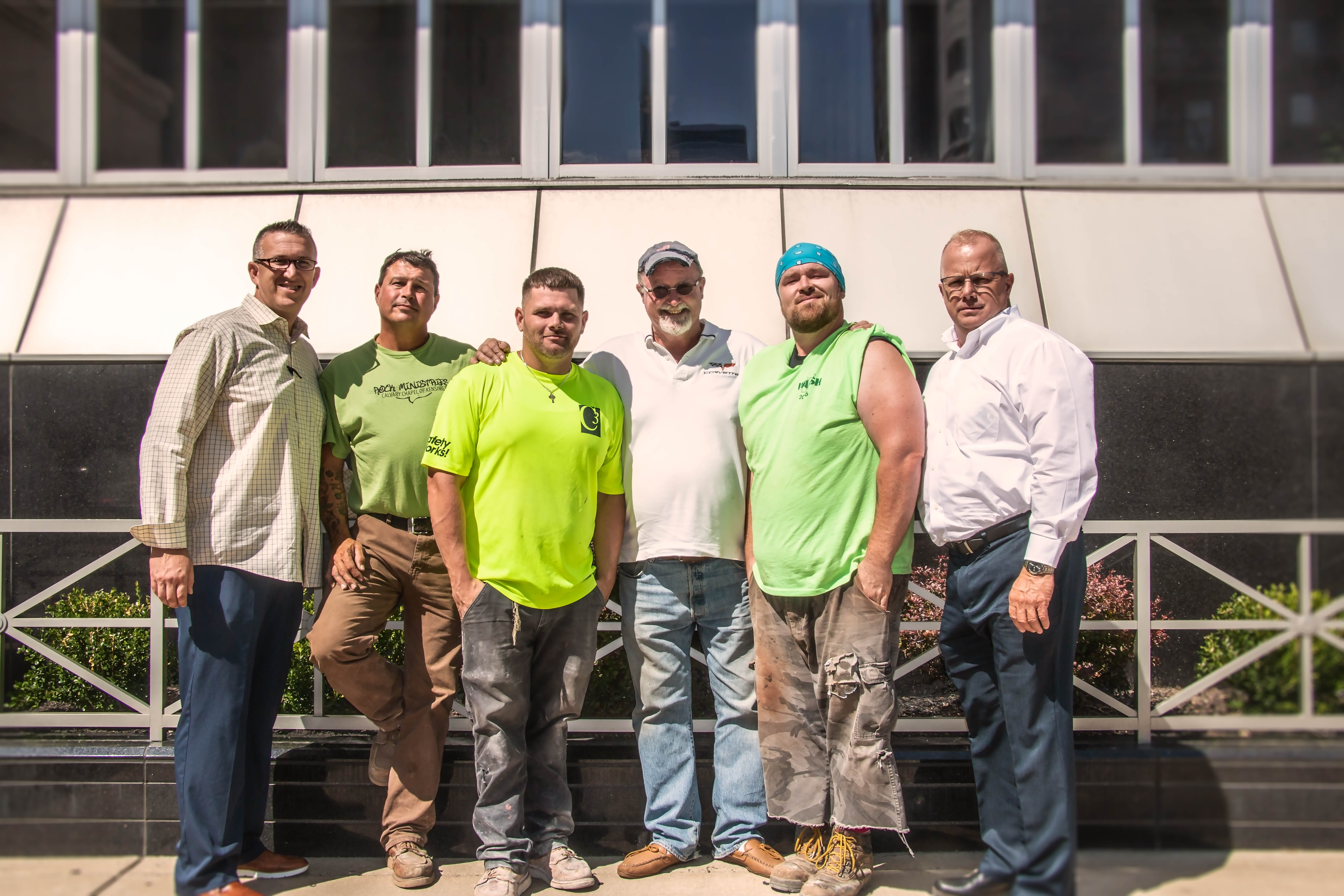 Kevin McCarthy Jr. is a carpenter. He’s the son of another Carpenter who’s been in the Union for over 30 years, and has been a hardworking member of local 158 for 10 years himself. Kevin is also a recovering opioid addict. And whether that makes him more like you or even someone you know, the fact is that Kevin McCarthy Jr. is not alone.

Currently, 5% of Americans are addicted to opioids (The Forum for Addiction Treatment), creating the well-known “Opioid Epidemic” you’ve undoubtedly seen all over our national news. But what may not have reached you, is the alarming fact that our own state of Pennsylvania has the fourth highest rate of death due to overdose in the country (CDC.gov). And for carpenters who are more at risk of injury or physical pain on the job, the risk of turning to opioids for relief and, in turn, the risk of addiction, is even greater.

That’s why McCarthy, along with Senior Area Manager Michael Hand, Local 254 President and recently elected New Jersey Assemblyman Anthony Verrelli, Local 164 Journeyman Teddy Brophy and others started the peer mentoring and support program for opioid addiction and recovery called Carpenters Who Care (CWC). Carpenters Who Care was developed as an initiative to provide innovative support to carpenters. “This was a collaboration,” shares Hand. “We were all looking to help.” And with national relapse rates between 40 and 60 percent in addiction treatment, help is much-needed (National Institute on Drug Abuse). That’s why CWC aims to increase recovery retention, and produce positive treatment outcomes by providing a strong therapeutic bond amongst peers.

By conversing with Hand and McCarthy, it’s clear the statistics aren’t the only driving forces behind CWC’s inception. McCarthy’s own sobriety echoes that of his father’s, who has been in recovery for 28 years. “My father and other guys for the last 20-25 years have been trying to start an AA meeting down here,” McCarthy recalls, affirming that Carpenters Who Care is a manifestation of not just his own necessity, but of the many other Carpenters before and after him that need support.

“Our whole philosophy with this was: A carpenter is very willing to open up to another carpenter” – Michael Hand

Verrelli cites the more harrowing realities of addiction as motivation to get CWC up and running. “People are dying everyday; whether it’s Philly, New York, or New Jersey. It’s an opioid epidemic.” And for those who survive the epidemic, they still face afflictions even beyond their physical addiction. “They’re stereotyped,” Hand contributes. “They’re stigmatized that they’re drug addicts, they’re thieves…there’s this sense that they’re scared a little bit to allow people to know their struggles.”

But a CWC branch of about 14 of these individuals, christened “The Blue Collar Group,” do share their struggles. In weekly meetings, as Hand describes it, they are “open about their sobriety, addictions, and everything else.” CWC offers a safe place for carpenters seeking help for themselves, those coming out of rehab, and those who need additional support from people who understand their unique challenges. Through these gatherings, Hand’s grounding belief manifests: “the more you give somebody an opportunity to talk about their struggles, the more they’re better off.”

But how easy is it to get carpenters to talk about their struggles? McCarthy claims that “guys are still afraid to come to the meetings,” with the fear that their jobs could be at stake if people knew they have a problem with addiction.  But “it’s not like that,” he continues. “It’s okay to come here.”

And for the Carpenters who do show up, Hand attributes their honesty to the grounding philosophy of CWC: “Our whole philosophy with this was: a carpenter is very willing to open up to another carpenter.”

But by being a part of the meetings, you don’t have to disclose everything. Hand shares that some carpenters are very open, while others are more private about their experiences. Most importantly, all are welcome. Hand hopes that when you spot a carpenter donning a colorful Carpenters Who Care sticker, it’s their way of showing to the world – and to potential new members – that they are truly advocates for the group’s cause. Hand attests that “if you see a guy with a sticker like this, you know you can go to this guy and tell him, ‘Hey, I got a problem.’”

“Even if it’s somebody who doesn’t have a problem,” McCarthy says, “like if they’re a carpenter and their brother has a problem or their cousin…they can still just come. Whatever they want to do to get involved.”

The Blue Collar Group meets every Sunday at 9AM at the Philadelphia Union Hall basement located at 1803 Spring Garden Street, Philadelphia, PA 19130.

Take advantage of your FREE sessions with a registered dietitian